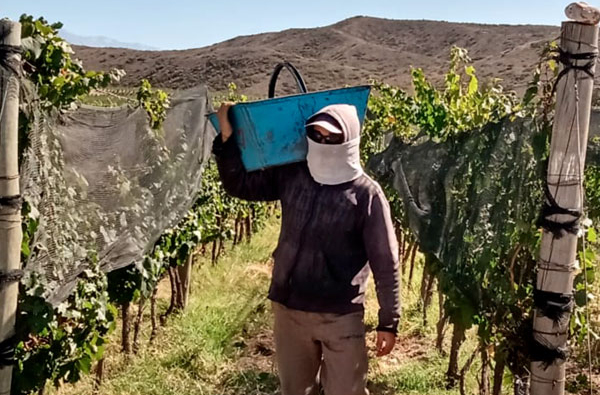 The summer of 2019 started with warmer than usual temperatures and then cooled off in February. Decreased snow in the winter months resulted in water shortages which led to overall yields being down 20-30%. The lack of summer rains resulted in perfectly healthy grapes. The big scare of the season came on March 19th, 2020, when the Argentine government declared an obligatory quarantine and we feared that harvest would have to stop with some of our best grapes still on the vine. Late in the day, an order exempting wine as an essential food product came through, allowing us to continue harvesting through the first week of April. Strict social distancing and other necessary precautions were put in place and all office personnel moved to working from home. The winery was closed to visitors a few days prior. Winemakers can't remember an earlier harvest year. The cool climate areas at extreme high altitude in the Uco Valley are yielding beautifully concentrated wines with intense aromatics, optimal texture and structure, and high acidity (healthy levels of malic acid). Head winemaker Alejandro Vigil calls it one of the best vintages of the last 10 years. 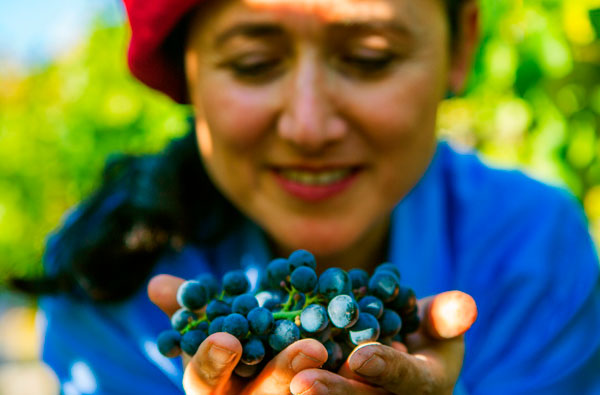 Dry weather (precipitations 20-60% lower than usual), small berries and slightly lower yields; cooler temperatures overall. The 2019 harvest happened about 1-3 weeks earlier than usual, and the grapes were in pristine condition with not a drop of botrytis or downy mildew.

We were concerned that there would be problems with frost, because of the dry spring, but a constant evening breeze made frosts rare this year. And outside of Agrelo, there were no significant hail storms. We expected the harvest to be larger than usual, but the combination of dry weather and cool climate resulted in yields slightly lower than the norm. 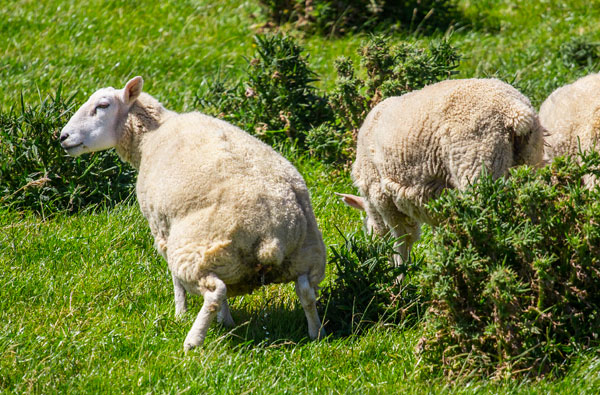 “El Año Mendocino,” the Mendoza Year we call it. After a small cool vintage 2017, which we call “El Año Bordelés” (the Bordeaux Year) and a small, very cool and rainy year in 2016 “El Año Bourguignon” (the Burgundian year), we finally got a vintage that is classically Mendozan: dry, cool, sunny and with moderate yields in every region from the lowest to the highest altitudes.

The summer of 2017 started out warm but then cooled off during the 2018 harvest months of February, March and April. This, in addition to the lower rainfall, gave rise to optimal balance in the fruit, with beautiful natural acidity, regional aromatic expression and smooth tannins.

Low yields due to moderate frosts in the UCO Valley, an early harvest, and perfect balance. Laura Catena’s favorite vintage since 1995. After Harvest 2016, the smallest and coldest in three decades thanks to El Niño, Mendoza's wine producers were mourning their empty wineries and hoping for a big crop.

But only Mother Nature gets to decide, and in 2017 we had another year of small yields—especially in the UCO Valley where most of our family’s vineyards are located. Spring frosts brought on by dryer and slightly cooler weather resulted in lower yields, and the UCO Valley Malbec was down 55%.

Dry Farming, Cool Climate and Eternal Snow. The coolest vintage in the last thirty years, 2016 was marked by "El Niño", low yields and a fully snow-covered view of the Andes through the summer. The rains came together with cooler than usual days which saved us from any rot by lowering yields and shortening the harvest season. Our vineyards were mostly dry farmed; natural acidities are extremely high and alcohols low, in the 12-13 range. The 2016 wines might take longer than usual to be ready for drinking.

Many in Mendoza have started calling 2015 "el año Bordelés", or "the Bordelais year" because of the cool summer, early autumn rains and generally low alcohols and high acidities in the main red varieties. The best Malbecs of 2015 have a refinement and elegance that only occur in very cool years. What was key in the 2014-2015 season was parcelization and low-yields farming. The Malbec in parcels with stony and limestone soils were undisputed super-stars. Because of the warm winter, the harvest was between 10 and 15 days earlier than usual.

The 2014 was the coolest harvest year since 2001. It was a year with pronounced regional contrasts. Abundant snowmelt (the Andes could be seen covered in snow throughout the whole harvest season) would have made this a very large harvest, except that everything slowed down with the cool weather in February, March and April, and the severe September frost. The harvest happened about one to two weeks later than usual and the yields were average overall. The wines stand out for their high natural acidity, freshness and concentration.

The 2013 harvest is characterized by optimal fruit set and normal yields. Overall cooler climate and cooler nights give us wines with bright acidity and aromatics, and the velvety tannins that come from a longer hang-time. Although these wines will have the necessary acidity and tannins to age, it might be hard for many to refrain from their immediate appeal.

The 2012 Harvest is all about low yields and the resulting depth and concentration in the wines. The combination of a generalized frost and a Mountain Zonda wind at the time of budbreak resulted in 20-40% overall yields reduction. This year proves that low yields really do matter for quality. Age-worthy wines, especially from the Southernmost parts of the Uco Valley.

A cool vintage, late by 2-3 weeks. Dry. Severe frosts in both Lujan de Cuyo and the Southern Uco Valley. The frost affected the Angelica Sur Vineyard in Eugenio Bustos with a loss of 75% of the harvest in this vineyard. Overall yields were moderate, except in frost-affected areas. Extremely well balanced and concentrated wines with optimal acidity.

A small cool vintage, late by 2 weeks. Yields were down on average 30% due to Zonda winds during set. Severe frost in Altamira in La Consulta which partly affected the Nicasia vineyard. Rich wines with firm tannins – very age-worthy.

Even temperatures with abundant rain in spring which led to healthy canopies and good set. Harvest was early by about 10 days. Intensely aromatic wines with velvety tannins.

The season started warm and ended cold. Normal harvest times. There were significant hail storms which affected many areas – the only affected vineyard for Catena was the La Piramide vineyard in Agrelo – the old Cabernet Sauvignon that goes into the Nicolas Catena Zapata was spared by hail netting. Elegant wines with optimal balance.

Warm days and Cool nights leading to an early harvest by 2-4 weeks. 2007 was a particularly strong vintage for cooler climate vineyards in the Uco Valley such as Adrianna and Nicasia. A violent hail storm hit Lujan de Cuyo but did not affect the Catena vineyards.

There was abundant snow in the winter of 2005 leading to plentiful snow in the Andes. Abundant water and mild weather resulted in an excellent set and relatively high yields. We dropped fruit in all the Catena vineyards reducing yields by 70-20%. Aromatic wines with smooth tannins – drinking well now.

A cool vintage with generally low yields. There was a severe frost in the Uco Valley and Altamira in La Consulta which affected part of the Nicasia Vineyard. The wines are extremely concentrated with ripe tannins and optimal natural acidity. Ageworthy.

A generally warm vintage. Harvest was delayed by 1 week. This was a happy vintage with even ripening and no significant rain, hail or frost. The wines are very aromatic with rich and velvety tannins. Particularly strong for very cool climate vineyards like Adrianna and Nicasia.

The vintage started warm with an even set, but then became quite cold.Although there was almost no summer rain, there was abundant irrigation water from the snow in the Andes so canopies were healthy. This vintage was particularly strong for Cabernet Sauvignon.

This was a very even year with no temperature extremes, the usual scattered rains in February and a cool, dry march and april. The Malbec had a long hang-time which led to optimal ripening and some very expressive malbecs with soft and rich tannins.

The vintage started very well with moderate spring temperatures and an absence of frost. There was dry and warm weather until mid march. At the end of march there were scattered rain-storms which produced some botrytis in clay-soil areas. For those who had patience and harvested a few weeks after the rains it was a phenomenal vintage.

Very cold winter and spring with uneven set which led to very low yields. The rest of the summer was warm and even resulting in extraordinary concentration and balance. Ageworthy.

Frosts in late spring caused damage in some regions but did not affect the Catena vineyards. A warm and dry vintage, with very cold nights which facilitated slow and even ripening. Expressive aromatics and grainy tannins – Ageworthy.

A catastrophic vintage affected by continuous rains from the El Niño weather phenomenon. The harvest happened early due to beginnings of botrytis. An atypical harvest for Mendoza. None of the Catena or Catena Zapata wines were made. The wine was sold in lower priced brands owned by the family.

A very cold winter with abundant snow – there was a healthy amount of water in the streams and underground aquifers. The spring and summer saw warm temperatures with little rain. The harvest ended abruptly on the second week of april due to an early frost. An exceptional Cabernet Sauvignon year, especially in the La Piramide Vineyard.

A slightly humid and moderate spring, gave rise to an even and uniform fruit set and healthy canopies. A cooling off in February and March allowed for late ripening of the Catena Malbec in the Angelica Vineyard of Lunlunta. Rich and concentrated tannins, good natural acidity and expressive aromatics. An extraordinary year, especially for Malbec.

An early November frost reduced yields throughout the Lujan de Cuyo region. Most vineyards recovered and what was harvested was extremely concentrated and complex. A particularly strong Chardonnay and Cabernet Sauvignon vintage.

A typical year with no Zonda winds, a warm spring and a good set. There were some rains in January which simply reduced the need for irrigation. The harvest, in march, april and may was long and plentiful. The Malbecs are particularly strong with rich and smooth tannins. Drink now.

A somewhat difficult harvest that started with a good set but was complicated by significant rains in January, February and March. There was some botrytis in whites and reds. Aromatic wines. Early drinking.

A cool year with some significant hail storms in Maipu and Lujan de Cuyo. The Catena vineyard in Agrelo – La Piramide – was not affected and the quality of the Chardonnay and Cabernet Sauvignon was extraordinary. Drink now.

A very cold and long winter delayed bud-break and reduced yields in general. Warm days and very cool nights due to the dry weather. The harvest was late by one week. Good quality Cabernet Sauvignon and Chardonnay. Drink now.

A fairly typical year with relatively cool temperatures and rains in February which caused some problems for the early ripening white varietals. The rest of the summer was very dry and all the reds were harvested with fully ripe and developed tannins. Drink now and for another decade.